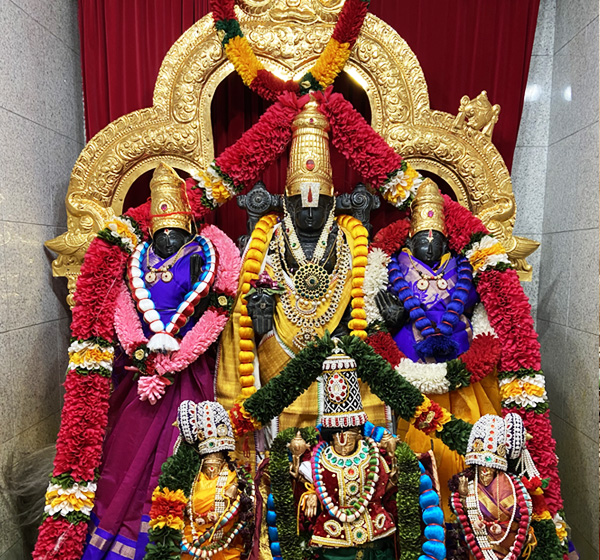 The fascinating behind the marriage of Lord Sri Venkatewara(also called Lord Srinivasa) with Goddess Padmavathi is recounted with pictures.The rishis headed by Kasyapa began to perform a sacrifice on the banks of the Gangas.Sage Narada visited them and asked them why they were performing the sacrifice and who would be pleased by it.Not being able to answer the question,the rishis approached Sage Bhrigu.To reach a solution after a direct ascertainment of reality.